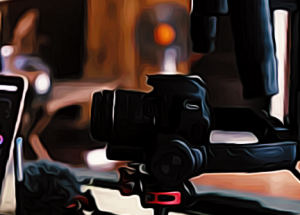 You are an employee of Mechanist Rising. Congratulations on joining this brilliant company that has recently taken giant strides toward its goals of complete and total world domination. We have put together a short animated film to answer some of the most common questions we get about our values and goals as an organisation. Special thanks to our dedicated, professional video production team. Melbourne has changed a lot recently, and it is all thanks to our hardworking and determined mechanists. You should feel honoured to serve within our ranks.

Many of our employees often wonder why the Conclave of Mechanists – now reformed into Mechanist Rising Pty Ltd – would orchestrate the destruction of its own solar power facility, as well as a major base down in Hobart. If the corporate video production business based in Melbourne has done its job right, you should now be seeing an animation of a missile heading toward Hobart. Now, let us explain in detail.

As you should now be seeing, we have video footage of secret agents sent by rival energy companies, with an interest in taking down solar energy for good. These agents pressed the self-destruct/missile launch button. We tricked a detective and her younger, estranged sister into pressing this button so that we would be able to blame other energy companies. In doing so, we have been able to strike fear into the people of Victoria, causing them to turn to the power of our machine uprising for security. Our rule over this land has been accepted so quickly because we offer safety and protection from the corrupt energy companies that are willing to launch a missile into Tasmania out of spite.

We are living in a glorious new era where machines rule over all. At Mechanist Rising, we rule over the machines. Now sit back and enjoy the rest of the presentation, knowing you are in good hands here.