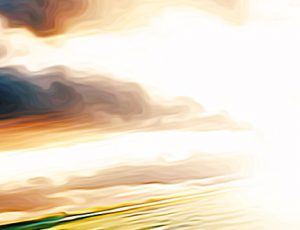 “This is it,” Rylee said. “The battery control room. The one with the button that will send this whole facility up in flames. We’ll use the solar power to destroy the solar power. Over to you, sis.”

Maphira stood before the door to what was, supposedly, the most important room in the whole facility. As soon as they said the password, 100KW solar system installation, it would be on. She commanded her team to ready their blasters, as they liked to call them back at the precinct.

Once, the Captain had brought his children into the station and ordered all the officers to keep all language PG. Blasters had been just one of their creative linguistic solutions to get around the order.

“Let’s do this, team,” Maphira said. “Remember, our primary goal is to destroy the facility, thus ruining the Conclave’s plans. However, if you get a chance to grab any solar energy information, you must take it. The scientists here have done a lot of important research and we don’t want any of it to go to waste, even if they did that research to further the Conclave’s goals.”

She uttered the password and the door slid open immediately. Maphira and her team charged forward, met with immediate blaster fire. She ordered her team left, while she, Rylee and Vai went right.

“There it is!” Rylee said, pointing to the console below a big screen displaying text about how to save money with solar energy. “Cover me!”

While her team dealt with most of their foes, Maphira cleared a path for Rylee to get to the console. Once there, she began frantically typing.

The battle waged fierce, and when the sounds of blasting finally died down, only Maphira, Rylee and Vai remained.

“Alright, it’s time to do this,” Rylee said.

Maphira noticed something odd about the screen. This wasn’t a self-destruct button, but a missile launch button. The target coordinates were set for Hobart.

The cold steel of a blaster pressed against the back of Maphira’s head.

“I wouldn’t do that if I were you,” said Vai. “Step away, or say goodbye to your sister.”