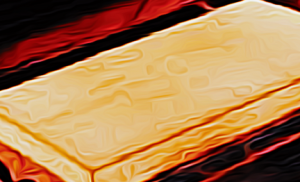 Well, I just got to my new home in the quaint little town of Melbourne, where a bunch of crazy stuff has already happened. The other residents say that’s just what life is like here, so I better get used to it. They’re also taking bets about how long I’m going to last, whatever that means. Apparently, my predecessor was only here for a few days before something happened.

Now I’ve got some guy who looks like he walked out of a cartoon (unique hair colour and a full set of golden armour, with a red cape behind him) banging on the door, asking if I can melt him some new equipment. Wow, we’re right to work here, aren’t we? I guess I should have expected that. The ad did say: “Wanted: metal suppliers, Melbourne accommodation provided, no experience necessary”, so I guess they were pretty desperate for my services.

Oh, good, that cartoon guy is gone now. I guess he’ll get me to make some metal equipment later. He said something about doing battle with the “Skeleton of the Night” and promised to bring some rare metal back with him. So, that’s exciting, I guess. I’ll be honest, though—I did expect to be more like one of those structural steel fabricators. Operating in Melbourne seems like it will never have a dull moment.

I do kind of find the constant music in the background a bit annoying, even if it is supposed to be relaxing. Plus, Steve the Guide (as he introduced himself to me) has already gotten on my nerves. Ashley the Nurse seems nice, though. Then there’s Bob the Demolitionist and Jerry the Golfer—they seem like pretty cool guys. I’ll probably hang out with them in the desert biome since we all like that sort of thing. Of course, having to exist in two dimensions is a definite downgrade, but I think I’ll get used to it. As long as I’m working with metal, I’ll be happy.