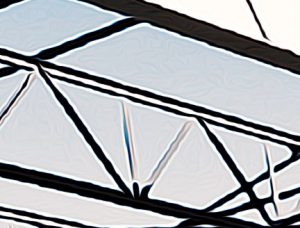 ‘I told you he’d chicken out!’ a voice drifted towards me on the wind, from far, far below. I snuck a look over the side and immediately regretted it – two stories hadn’t looked quite so high from down there.

‘Nah man,’ a second voice giggled, ‘I think he’s actually gonna do it!’

I took another shaky step forward, inching closer and closer to where the construction ended and the bare steel beam extending into space began. All I had to do to win the bet was walk to the end of that beam and back again.

I ignored the voice in the back of my mind, taking another step, runners squeaking slightly on the steel beams. Melbourne was lit up just at the edges of my vision, almost like it was taunting me.

This might have been your worst idea yet, Marcus, an inner voice tutted at me disapprovingly.

‘Shut up,’ I growled at it, taking another step.

Think of all the things you won’t get to do when you’re in a cast, it ignored me. No swimming, no riding your bike, no reading.

‘Good,’ I scowled, swinging my foot around a corner. ‘I hate reading.’

Who do you think you’re lying to? We both know you’re looking forward to the next Nancee Drugh.

‘Shut up,’ I hissed, shaking my head to clear the voice. For once, it actually stayed silent. I took a deep breath; one more step closer.

‘Pick up the pace Orchille!’ someone called from the ground. Probably Greg. I couldn’t stand Greg.

Then why are you trying so hard to impress him?

I ignored the voice, focusing instead on Melbourne’s highest quality steel fabrication, which was directly under my feet. Such strong, sturdy material, built by professionals.

Probably installed by a high-school apprentice.

A smattering of laughter broke out on the ground below me.

You can do better than them, the voice continued, not unkindly.

I sighed and nodded. It was right.

I began to turn around – and immediately my foot slipped out from underneath me.