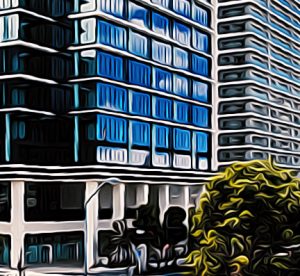 Transcript from an interview with Jason at Office Offices—conducted by Schlock Homes and assisted by Jon Whatson.

Schlock: Please state your name and what you do at Office Offices, for the record.

Jason: Um, well my name is Jason and I work as a cleaner once all the other staff have gone home. Is this about those windows that were smashed? Because I didn’t have anything to do with that. Those happened during office hours, so it couldn’t have been me.

Schlock: Oh, really? So, you couldn’t have been behind the destruction of the magnificent office glass? Tinting doesn’t just drive you absolutely crazy? No, Mr Jason, I think you are behind this grand conspiracy. I think you hate tinted windows so much that you organised for them to be destroyed from afar, during the workday so that it wouldn’t be suspicious. What do you say to those accusations?

Jason: Well, even if that were the case, what proof do you have? Isn’t it more likely that your culprit was desperate for a commercial decorative window? Glass around Melbourne doesn’t really bother me, so I can honestly say that I have never smashed any in my life. So, what evidence do you have? As far as I can tell, this is just speculation.

Jon: He’s got you there, Schlock. Even if it was him there’s nothing we can do to prove it.

Schlock: To be honest, I was kind of hoping to just scare Jason into a confession. So, Jason, do you have any theories about who is behind this? We’re getting kind of desperate and need a new lead.

Jason: It was definitely Richie. No question about it. I’ve heard that rumour from so many people that it simply has to be true. Oh, yeah, and I found a confession note in his draw when I was cleaning up the other day.

Schlock: Wait, are you serious? What did you do with it?

Jason: It’s right here, in my pocket. Here you go. Am I free to leave now?

Schlock: Yeah, you can go. Thanks for your help.