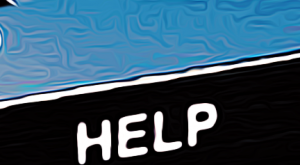 You know, I thought being in a band would be cooler than this. When I pictured it, I was imagining some awesome tours, packed gigs, plenty of parties and just an overall great time. But you know what? Being in a band is mostly a whole lot of waiting around doing nothing. Sure, playing shows is heaps fun, but I have to be there hours before a show starts, wait for my roadies to set up and then sit through the boring opening acts that I’ve heard a thousand times. Then after the show, I have to sit around signing stuff. Boring! Of course, it all used to be a lot more fun when I actually had a band. Back in the good old days of Concept Artists. That was before I went solo, starting The Concept Artist. We used to have a lot of fun hanging out and talking before shows, but now that it’s just me, I’m kind of lonely.

Apologising to the other band members is out of the question. I’d rather go looking for career change advice near Melbourne than admit that I was wrong to go solo. Because I definitely was not wrong to go solo. I’m no longer dividing the money earned by three—I get the whole pie, which is pretty awesome. I also have full creative control over the music.

That said, I really have been considering career counselling lately. I never thought I would, given that I pretty much have my dream job, but my passion for it is just not what it used to be. Would finding the best career counselling Melbourne has to offer change that? Well, I suppose I’ll only know if I try it. Maybe being a solo musician isn’t my dream job? Maybe I’m destined for something more. Something greater, like being a garbage man or a crossing guard. Only time will tell, my friends.