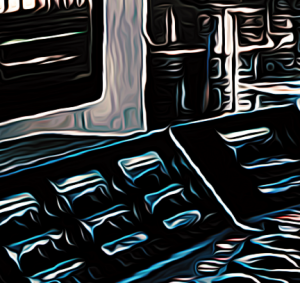 Wow. I just got the final product back from the video production agency I hired. They were incredible and signed a non-disclosure agreement which meant that anything they saw in my footage they are unable to talk about. That made me feel a lot better about working with them (on top of their incredible esteem in the video production industry). I needed to know that whatever was going to end up on that final video was safe. Not safe in terms of actually safe, but safe in terms of no one will talk about it unless I decide I want to.

As it turns out, the post-production had to be more in-depth than first anticipated to really let us see what was on the footage. Luckily, the agency I hired is also a specialised 2D animation company and they were able to do some animation to get the thing in question to stand out.

I can now confirm that what I thought I saw on my tiny screen and through my tiny lens was correct. As much as I don’t want to believe that anything out of the ordinary exists, the proof is right before my eyes. Everything I’ve believed (and haven’t believed) my whole life is now in question. What other stories have I heard and passed off as fake that was actually true?

You should’ve seen my face when I watched the final product created by the video production company. Melbourne production agencies, and the one I worked with in particular, would never expect to see what they have seen on this footage. I was just as shocked as them. We all watched the final product together and I felt my knees go weak at the contents of the video. It was sickening. It was shocking. It could change the world if I decide to share what I know. I’m not sure if I will. Sometimes ignorance is bliss.