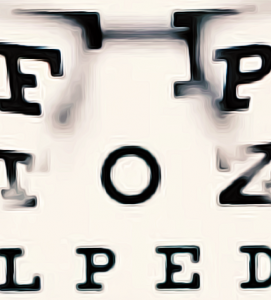 I have to rush this post because I can feel the visions coming on. From the first aura to fully blown visions is about twenty minutes, and once I get these visions I have to go into a dark room for about two hours. This happens every other day at this point. It used to be irregular before I visited the pediatric optometrist near me last year. The optometrist did exactly what she said she’d do. She said she’d help me see better, which I assumed meant removing the blurry vision from my side-eye. I often wonder to myself if that’s what she meant, or if she knew something at the time that I didn’t.

So, I know a lot of you are only reading this post because you want to know what my visions are. I can’t go into specifics about my visions, in case people read this who would consider me a threat to society. I learnt very quickly when I was seeing my visions that people don’t like the supernatural. They don’t want to know about anything that is out of the ordinary. If you confront them with the truth, they call you crazy… and they try to send you to a facility.

What I can tell you about my visions is that they are people. They are people who I have never met. They get in contact with me because they say I’m the only one who can see and understand them. Apparently, they had been trying to get in contact with me since I was a baby, but I didn’t consciously notice them until I turned sixteen. When I went to the optometrist in the Bayside area because I was sick of having blurry vision all the time, I opened up the floodgates to these people. I gave them an outlet they hadn’t had in years. I don’t know how much more I can say before I get myself taken to an institution.