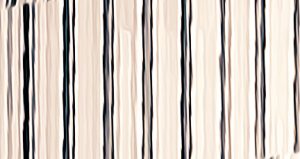 ‘The docks?’ I called out to Loque as the salty tang of the ocean water assaulted me through the fog.

‘Must you insist on asking questions you already know the answer to, Radcliffe?’ the blurry shape in front of me admonished. I sighed and picked up my pace so that I might be at his side when he inevitably dashed off again.

‘You still haven’t told me what this has to do with that affordable ducted heating service company near Canberra,’ I grumbled. Even through the thick fog, I’m sure I saw my companion grin.

Without warning he stopped dead, then grabbed my lapels and whisked me to the side, my back crunching to a stop as it hit a brick wall. He pinned me against the brick, eyes darting around the gloom for an invisible threat. I opened my mouth to ask what he had seen, but was silenced by a subtle shaking of his head.

After a moment, he let me down with a sigh.

‘What the devil’s gotten into you?’ I demanded, ruefully brushing down my waistcoat.

‘Oh, Radcliffe,’ he said, real fear in his eyes, ‘I never should have dragged you into this. I’m afraid I’ve made a terrible mistake.’

‘A mistake, Loque?’ my eyes darted around the mist as I’d seen his do, hoping for any infantile deduction that could shed light on my partner’s terror.

‘It was never about heater servicing around Canberra,’ he spat, in that curious self-hating way to which he was prone. ‘Here I am deriding you for chasing the tail not the hound, while I myself am plucking on the web of the Great Spider himself!’

Loque shook his head, the fear and the anger merging on his sharp features into a steely resolve from which I knew he wouldn’t emerge – not until the case was solved.