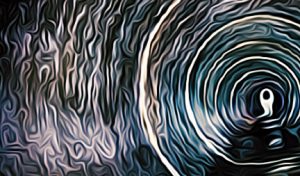 Maphira split from the rest of her task force, trusting Vai to lead them onto the solar power facility. She stalked the dark tunnels of Melbourne’s sewer system, searching for the disturbance she’d heard. Her boots squelched along the shallow water, making her almost wish she could have been topside, patrolling the streets of Melbourne and telling everybody that the sewers were strictly off-limits, due to sewer replacement. Melbourne residents might question it, but it was better to give them a clear warning.

Still, despite the smells that made her want to gag and the disgusting water, Maphira wouldn’t trade her position. If this operation was a success, it would do wonders for her career. Even better, it could bring the entire Conclave of Mechanists and their plans tumbling down.

She adjusted her uniform, borrowed from some of the best drainage contractors in the Melbourne area, and continued down the tunnel, only using her flashlight when it was absolutely necessary.

Up ahead, the light cast a shadow on the walls. Her target. Immediately, Maphira broke out into a sprint, as her adversary did the same. The chase was on.

As she turned corner after corner in pursuit, chest heaving for horrid air, her flashlight managed to just capture the shadow of her fleeing foe. Just as Maphira thought she would run out of breath, a splash sounded ahead.

I’ve got you now, she thought through the exhaustion.

Maphira approached, ready to pounce on her target. In the dirty water lay a woman, a hoodie covering her hair and a mask over her face. Maphira yanked down the mask, a shock racing through her.

The woman grinned, then pushed herself up. “Hello, Mai. It’s been a while.”

What was she doing here, down in these sewers? They hadn’t seen each other in years, and now she just showed up out of nowhere, threatening to ruin the most important operation of Maphira’s career?

Her little sister had some serious explaining to do.