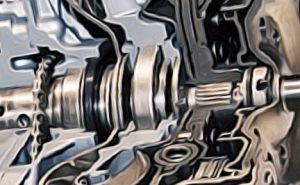 It’s been two months since I made the move. I had been hesitant about it for a long time but I knew it was coming. My boyfriend had practically been begging me to move northside with him for the last two years. We’ve always grown up in the southeastern suburbs. That’s actually how we met. I went to an all-girls school and he went to an all-boys school in the southeast, we met at a school dance and became friends. Nine years later, here we are. I’m not exactly sure why my boyfriend has been so desperate to move to this side of town but eventually, I obliged and agreed that a change of scenery could be good. The only downside is that we live next door to the mechanic. Northcote does have a lot of pubs nearby which is super handy. Actually, the fact that there are a lot of pubs, bars and restaurants really does make up for the fact that the mechanic workshop next door gets a bit noisy.

We’re living in this Victorian-style unit that, according to the estate agent, has been here for over a hundred years! It’s amazing how sturdily this home is built. My boyfriend and I have lived in various houses, even newly built townhouses, and none have been as structured as this home. The other benefit about living in Northcote is that we get to ride our bikes everywhere. There are so many small local businesses such as independent fruit shops and butchers, so we make it part of our routine to cycle to all these places rather than drive. Actually, we only ever really use our car when we need to head back to the southeastern suburbs to visit our parents.

We’re due to head there next week for my dad’s birthday but I’ve needed to book a transmission service in Northcote first. I’m a bit undecided as to whether I should take the car now, or hold off until after the birthday in case the service takes a few days and leaves me carless.